Why We Need a Few (More) Good Men in Energy

In energy, there are people who talk about diversity and inclusion, and there are those who walk the walk. Chevron is a company which is winning awards for diversity and inclusion, including 2015's Catalyst Award and a perfect score for 14 years running in the Human Rights Campaign for American companies committed to LGBT equality in the workplace. Recently, they launched a 'Welcome Back' Returnship Program for women and men who've voluntarily left the industry for two years or more.

We believe there are more than a few good men who are going beyond the data to change the culture. And when we meet one, we love to tell the world about it. We decided to look back at one of last year's winners to highlight what GRIT is all about: someone (or a team) that personifies growth, resilience, innovation and talent.

Hugh Connett, vice president of Gas Supply and Trading at Chevron, was first introduced to us by Angie Gildea, principal advisory at KPMG, who nominated him for a GRIT Award.

“In our historically male-dominated industry, Hugh is a champion of women and diversity, which is critical for the health of the energy sector going forward. I’ve personally seen him mentor/sponsor many women who have gone on to achieve significant leadership roles. I can think of no other leader who is more deserving of this award.”  - Angie Gildea, principal advisory at KPMG

Our panel of judges agreed and Connett was awarded a GRIT Award in October 2018.

Connett shared with us that his inclusion journey began about three years ago – and has been the most rewarding part of his career so far.

“I have found that my own biases were too easy to pull out, like an old habit, and use indiscriminately for my own personal gain. And while I would consider myself a thoughtful and considerate person, I discovered that I still had much room to grow.”  - Hugh Connett

Furthermore, by acknowledging his own limiting beliefs, Connett was able to shift his thinking and find a voice for the minority. So he made efforts to ensure that his organization serves all employees. It’s important to him that everyone has space to belong, feel welcomed, and be engaged in the challenges that the company faces every day.

"Through this process, we find we are also having a much more enjoyable time while at work – and that benefits everyone." - Hugh Connett

Connett credits Chevron’s chairman of the board and CEO, Mike Wirth, with being a role model in the area of inclusion.

Wirth challenged his leadership team to take on this inclusive mindset. And this challenge was not just lip service because Wirth committed the time and resources to take his team down that path.

“He set clear expectations of his team and our behaviors, and he demonstrated by example”  - Hugh Connett

Connett is originally from Philadelphia, PA, However, he moved to Texas in the 1980s after graduating from Penn State with an engineering degree.

While his original plan was to travel to the state with a job, all of his offers were rescinded when the oil market crashed. So, he packed up his un-airconditioned car and drove down to Houston to research companies and search for a job.

Connett visited office buildings, studied business directories, and cold-called every company that still had its doors open. He eventually landed a position in Dallas and began his long-standing career in the energy industry.

At Chevron, Connett served as president of Chevron power and energy management before moving into his current role as vice president of Gas Supply and Trading, an organization that is very strategic to Chevron’s future growth.

Additionally, Connett serves on the Board of Directors for the Natural Gas Association and is on the Market Development Committee Board for API. He’s also part of the Executive Challenge Team for the Lymphoma and Leukemia Society and a member of the donation team for the Gulf Coast Alzheimer’s Association.

We salute good men like Connett and recognize that there are more than a few of them out there. To apply for Chevron jobs, or to learn about their Returnship program, go here.

It's not too late to nominate your own Hugh Connett. Go here to throw a name of a GRIT nominee into the hat, or to nominate a Best Workplace. 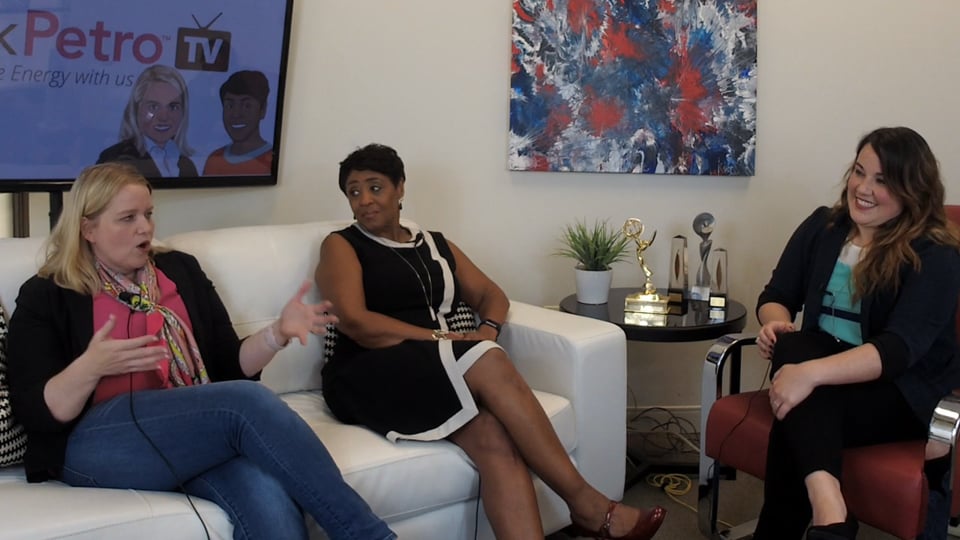