A powerful group of 181 chief executives, many of them overseeing household name companies, have made a big announcement: no longer do corporations “exist principally to serve their shareholders.”

Instead, the members of the Business Roundtable, which includes numerous energy companies, announced that they “share a fundamental commitment to all of our stakeholders.” In a “Statement on the Purpose of a Corporation,” they committed to delivering value to customers; investing in employees; dealing “fairly and ethically” with suppliers; supporting “the communities in which we work;” and generating “long-term value for shareholders.”

The full list of signatories can be found here. Among them are several of our corporate members including Chevron; ConocoPhillips; Exxon Mobil; Marathon Oil; and Verisk Analytics, parent company of Wood Mackenzie.

How might this change the way energy companies function? To find out, join us at the upcoming Experience Energy™ GRIT Awards℠ on October 10, when four leading experts will share insights on The New Energy Narrative.

So far, the CEOs’ statement has been met with more than a dash of skepticism by commentators in various media. The statement “may sound like a roar. But it’s actually more of a whimper,” read a PBS column. A Harvard Business Review headline questioned whether the statement was “just empty rhetoric.” And a Bloomberg piece pointed out what was not in the statement, including “how companies should allocate resources when they face the inevitable trade-offs between the interests of different stakeholders.”

But in the energy industry, this statement can help lead to real action -- if those of us committed to change put it to use.

We can, and must, highlight this statement in calling on energy leaders, especially those in oil and gas, to create experiences that will draw a diverse, passionate workforce -- the goal of Experience Energy. The more we do that, the further we’ll get in creating crucial new innovations to power the world.

It’s time for energy leaders to openly embrace all stakeholders. No more hiding in the shadows when questions are raised about these companies’ commitments to crucial issues. No more staying holed up in offices and closed-door meetings while problems mount. It’s time for a drastic new approach that brings everyone to the table.

That’s why, as I recently wrote in a Newsweek column, energy leaders should welcome climate activists like the young Greta Thunberg. Oil companies should even be hiring these folks to become part of the solution.

These corporations are global. The “communities” in which they work include sites across the world -- all of which are facing the perils of climate change. And as EY found in a survey, nearly all (93%) of oil executives recognize that climate change is real. Most (59%) say it should be addressed immediately. And two-thirds (67%) say oil and gas companies can be and want to be part of the solution.

A massive shift is underway, as we discussed at the HERWorld Energy Forum earlier this year, and these executives know it. Environmental and energy needs are precipitating a broad transition into renewable forms of energy. We need all hands on deck.

But we won’t get those hands until we show people everywhere why they should join the ranks and come work in this industry. And because executives have long been wary of engaging in open discussions about these issues, many young people don’t even consider joining the energy field.

When I posted recently in a LinkedIn thread about the need for oil companies to change the narrative, comments took off. (You can join that discussion here.) The industry has done nothing progressive to educate and engage people around these issues. This has to change. This statement from CEO offers an opening.

From now on, let’s always ask oil and gas executives to speak publicly and specifically about what they’re doing to address the needs of all the constituencies listed in the CEO statement. Let’s ask whom they’re partnering with to make change happen, and how. Let’s insist that the Roundtable statement be followed up with demonstrable actions.

Earlier this year, I was honored to testify about “green-collar jobs” (video here). But I was also concerned about the lack of a representative from an oil and gas company on the panel.

Until these companies openly collaborate in striking ways to tackle big problems, people -- in the halls of power in Washington or in homes across the country and around the world -- will continue to believe that the industry is out of touch and disinterested.

Executives have a great new opportunity. They can take actions in keeping with this newly expressed sense of “purpose” -- and be a part of the solution in moving us all toward a better future.

See you at the GRIT Awards! 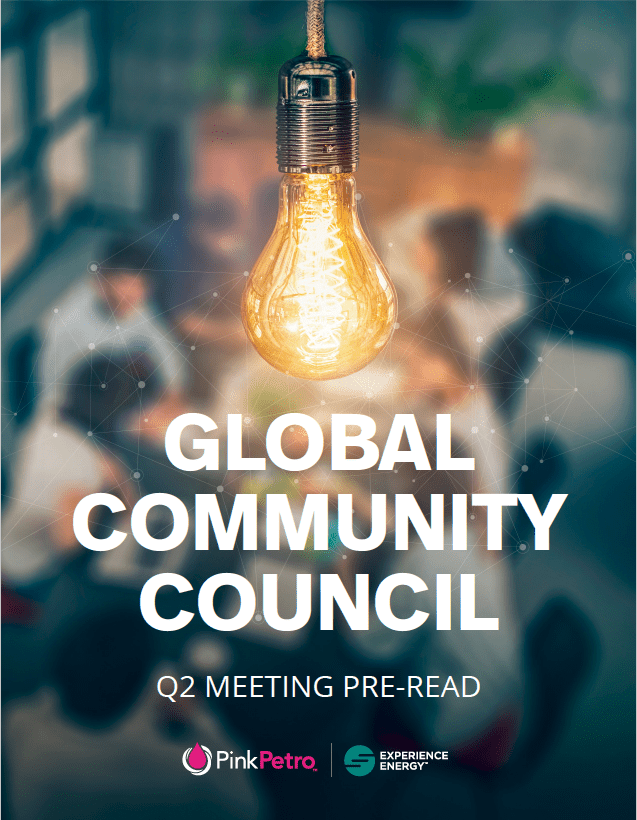