Sylvia Garcia on Life, Loss and Positively Impacting Others

In addition to her role at OPC, Sylvia is in her second year as president of the Society of Professional Women in Petroleum (SPWP).  She is also currently serving on the board of directors for Scout’s Honor Rescue.

What’s the biggest challenge you have faced, and how did you overcome it?

In 2016, I lost my husband, Randy, to a rare and aggressive cancer. He was only 45. Randy was my soul mate. And while I knew the loss would impact me personally, I wasn’t prepared for how it would affect my professional and community service roles.

Tasks that used to be routine, like work activities and technical presentations, were now challenging. I didn't want to interact with people. Staying focused was even difficult.

For example, when I had to run my first meeting after becoming the president of SPWP, I felt apprehensive about it. Randy was my support, my sounding board, and my cheerleader. He would have said, “You got this!” if he were here. So I had to find that voice inside of me that would give me that confidence. I also learned to reach out and accept the support of the empowering women in SPWP.

With these things — as well as grit, faith, supportive colleagues, family and friends, I will overcome this difficult challenge. Facing life/death challenges really changes your perspective on everything. I hope people can learn to cherish those closest to them and don’t sweat the small stuff. My answer to this question would have been very different prior to 2016.

What’s one mistake you made, and what did you learn from it?

SG: In my senior year of high school, I began a long term career with the Houston Business Journal. When I decided to change careers, I was not very good at negotiating my salary since I hadn’t job searched before. In fact, my first position after leaving the Houston Business Journal paid less than what I had been making. I told myself that was OK since I didn’t have “experience” in recruitment.

What I came to realize is that I did have the skills and talent to be successful at it – more successful than those that did have the “direct experience.” There was a big lesson here to not underestimate the value I bring to the table. So the lesson I learned is, don’t be afraid to ask for the salary that you are worth. This has been a great lesson going forward in my career.

SG: I’ve spent many years in management. The most rewarding part has been helping women and men find and develop their strengths for success. I care about the people I work with and lead by example. I’m not afraid of being in the trenches or finding creative solutions. I find it rewarding to help others create comfortable and fulfilling careers for themselves that benefit and enhance their lives and their families.

When people that I have managed say things like “I wouldn’t be where I am if it wasn’t for you,” or “You saw something in me no one else did,” it is extremely rewarding. I believe that we have a responsibility to make a positive impact on others, no matter how small we think it may be.

SG: There have been many gritty role models throughout my career and life. However, the “grittiest” would have to be my late husband, Randy. He was an amazing person and the love of my life. But the GRIT part comes from how he conducted himself during the hardest, darkest times.

He was diagnosed with a Stage 4 cancer in 2013, and he took it all in stride. In fact, he continued to work despite his four- to five-hour chemo treatments four days a week. He beat cancer in early 2015 and was closely monitored. In 2016, spots were found on his liver at a follow-up ultrasound. After extensive and repeated testing, he was diagnosed with a rare and aggressive cancer that had already metastasized from his colon to his liver.

When the oncologist went over the biopsy results with us, he said this was as bad as cancer gets. The prognosis was grim. Randy showed his grit by saying, “OK, guess we have our work cut out. What do we do next?” He responded well to a chemo regimen and survived for another year whereas most people only make it three months at most.

Not only did he stay alive longer than expected, we traveled to Belize, Islamorada, Crested Butte and other places to fly fish. We caught tarpon, bonefish, rainbow trout, brown trout, cutthroat and more. His oncologist, medical team, co-workers, family and friends could not believe his passion for life and positive, can-do attitude. Randy was the epitome of GRIT. 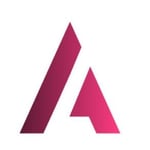 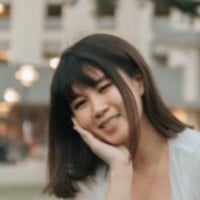