Law360 (December 1, 2020, 4:58 PM EST) -- Gibson Dunn & Crutcher LLP guided an affiliate of Warren Buffett's Berkshire Hathaway Inc. through its pickup of most of Dominion Energy Inc.'s gas transmission and storage business in a deal valued at $9.7 billion in the midst of a global pandemic, earning it a spot among Law360's Energy Groups of the Year.

The firm's energy group has three distinct sections — oil and gas, power and renewables, and regulatory and litigation — that collaborate frequently. Michael Darden, the firm's oil and gas cochair, and Peter Hanlon, power and renewables group co-chair, both say the group, which also secured a spot as a 2019 Energy Practice Group of the Year, stays competitive because it is composed of top practitioners in the energy space.

The group has 160 attorneys working out of nearly 20 offices worldwide, according to the firm.

One of Gibson Dunn's Energy group's most notable accomplishments this year, shepherding a $9.7 billion deal between Berkshire Hathaway Energy and Dominion Energy Inc., was clinched as the world combated the novel coronavirus.

The deal was announced July 5 and its first phase closed Nov. 2. The second phase is expected to close in early 2021, according to a statement from Berkshire Hathaway Energy. The agreement will see the Berkshire affiliate scooping up more than 7,700 miles of pipeline in addition to about 900 billion cubic feet of natural gas storage. The agreement also included the assumption of $5.7 billion in debt.

"The Berkshire Hathaway deal with Dominion is just a stellar deal, it's a real highlight for the firm," Darden said, giving kudos to his colleague Hanlon who was part of the Gibson Dunn duo that led Berkshire Hathaway through the transaction.

Hanlon emphasized the deal was a notable achievement on several fronts. First, he believes the world has yet to fully recognize that Berkshire Hathaway is a very large player in the renewable power space, owning four utilities, one of which is very close to generating enough renewable power to cover its peak load needs, he said.

In his view, people should pay attention to the fact that a very large company that is heavily invested in renewables is also bulking up its natural gas capabilities. The deal reveals a larger trend in the industry of natural gas being used to "bridge the gap" as the country and the world begin to transition to cleaner forms of energy.

"It's very interesting that clean natural gas is still of interest to a major renewable player like Berkshire," Hanlon said. "Then you add on the size of the deal and the parties, Dominion Energy exiting gas. And so it becomes a very interesting deal."

Hanlon also emphasized the significance of the firm's work guiding the government of Barbados through its decision to transition away from a reliance on crude oil and diesel, which had to be shipped in, toward an entirely renewable energy future.

"The Barbados deal signals a trend of these islands to try to get to renewables sooner rather than later," he said. "And to do that, Barbados had to put in place new licensing and legislative schemes."

Resilience in the midst of a pandemic

Darden told Law360 that although it was a strange year, Gibson Dunn's energy practice still found ways to thrive. He said there was definitely confusion at the beginning of the year about how to operate as the world fought the novel coronavirus. That especially affected oil and gas companies throughout the year, but he believes the industry has now hit its stride.

"I think it's turned and we've seen a great deal of activity starting in the second half of the year and I think that's going to lead to a really good 2021," he said.

Also over the past year, Gibson Dunn guided Concho Resources Inc. through a $925 million sale of its New Mexico Permian Basin assets to a Spur Energy Partners LLC affiliate over the finish line. The deal closed in November 2019.

Looking toward the future

Darden and Hanlon said regardless of the political landscape, the energy industry is transitioning to renewables, and numerous matters they worked on over the past year show that trend.

But they both said the timeline for the transition is still up for debate.

"The oil and gas industry I think will remain a vibrant, vital industry for a very long time," Darden said. "There is already a transition and it's just a slow, steady transition. And that's going to happen one way or the other."

As for what's on the immediate horizon, Darden noted the industry is going through and will continue to go through a "consolidation wave," pointing to the firm's work recently representing Pioneer Natural Resources in its $4.5 billion tie-up with Parsley Energy, which was announced in October. 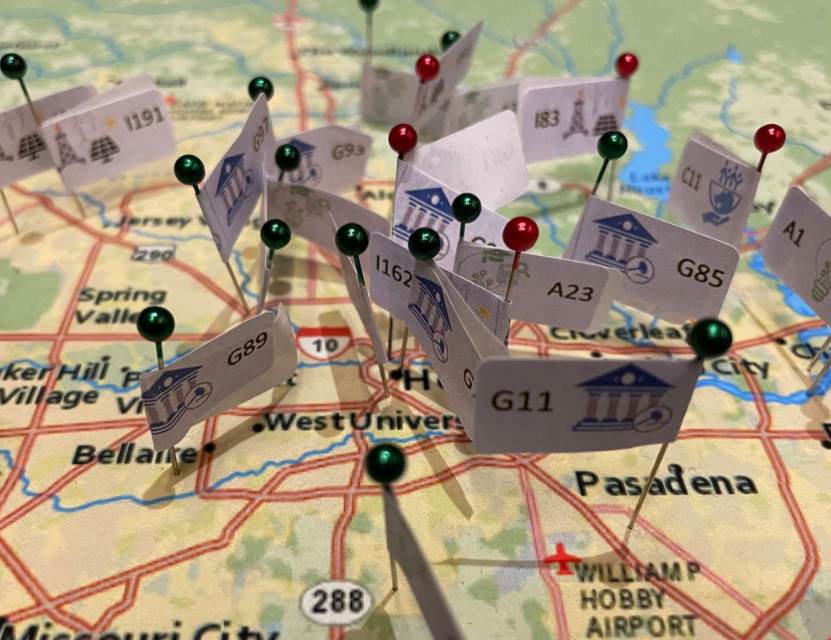 The Voices Of Energy
Anticipating the Energy Transition with Dr. Daniel Kammen